Re:Growth Presents: “Everything We Did Wrong When We Launched a Podcast” 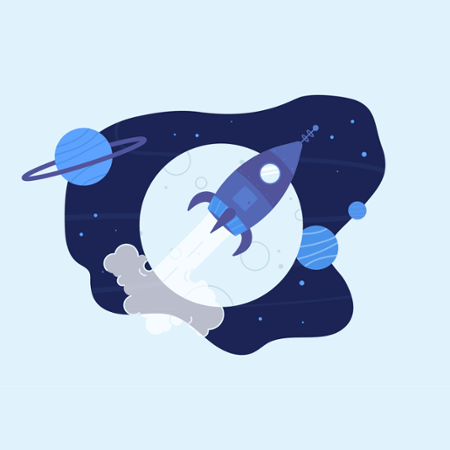 Brought to us by BuySellAds, Re:Growth coins their podcast as the go-to resource for B2B marketers seeking to grow their career and ‘level-up’ their strategies. Wanting to make a big splash in their first season, the Re:Growth team targeted guests including senior marketers from high-profile companies like Asana, Slack, Intercom, Drift, and many more.

They wrapped up their first season with this special episode, “Everything We Did Wrong When We Launched a Podcast”, in which host Matthew Kammerer is joined by Josh Schnell and Vanessa King of BuySellAds’ marketing team as they dissected the truths behind what worked and what didn’t. While the target audience for the podcast are B2B marketers, the content from this episode will provide value to anyone in the podcasting space.

Here are the key points that really stood out to us. But to get the most out of their invaluable experiences, we recommend listening to the entire episode.

“One of the critical flaws of launching a podcast or app or product is people just assume that if they build something, people will show up. That Field of Dreams mentality does not work.”

Having a solid launch strategy was crucial for the team at Re:Growth, and was considered when making all decisions about the show. Before recording any content, they considered how to select guests that could help them gain traction. Vanessa noted that more attention is paid to content from brands like Slack and HubSpot than for new startups. Attracting guests from those companies allowed them to piggyback on their clout and ensure people would take notice of their show.

The Re:Growth team saw the value in leveraging their guests’ social following to amplify their own marketing efforts. They created promotional content for each guest, providing assets like images, videos, quotes, and suggested posts. The guests were excited to see content created just for them, and getting them to share and promote it was an easy ask.

When choosing how to release the podcast, the Re:Growth team decided to adopt the “Netflix” model and release the entire season at once, allowing their die-hard fans to binge the content. In retrospect, they conceded that it might not have been the best decision as they were concerned that people would forget about their show by the time they were able to record and release a second season of the podcast.

In the editing room

After recording their interviews, the team had to decide how much of that content to use and how to approach the editing process. They agreed that longer episodes can be difficult to listen to in one shot, and that they’d rather not require listeners to “come back” to finish an episode. They set a hard limit of 30 minutes for each episode, with the intention that people could listen to an episode during their daily commute to work. By considering the listening context of their target audience, they were able to make informed decisions on the editing process.

Deciding whether to edit it themselves or to hire someone externally was another challenge. Their initial decision was to go external, thinking that they would save a lot of time by handing it off to a professional. However those time savings weren’t realized, as the editor required more time to learn their standards and expectations. In the end, Vanessa and Josh decided to bring the edit back internally, and they both agreed that the final product was better because of it.

Another mistake the team conceded was that they could have spent more time testing their recording setup, as well as their guests. They recorded half of their season’s episodes before noticing an echo caused by their host Matthew recording directly in front of a large window. Likewise for their guests (who were recording remotely), Matthew stated that most didn’t have a proper room or setup for recording, and that even if their companies had such facilities available, many guests weren’t aware of how to get access to them. Great sound quality is vital for podcasts, it won’t matter what amazing information you and your guests are willing to share, if the sound quality isn’t good, people won’t be able to focus on the message.

Re:Growth should be incredibly proud of the podcast that they’ve created so far, and it’s commendable that they were willing to record and release this follow up so that others can learn from them.

Everyone makes mistakes in any new endeavour, and while we can learn valuable lessons directly from this episode, Matthew, Vanessa and Josh remind us it’s equally important to understand how to step back, analyze and learn from our inevitable mistakes.

You can learn more about Re:Growth at http://regrowthpodcast.com, and this episode is available at:
https://content.buysellads.com/regrowth/podcast-mistakes-to-avoid