Marketing Over Coffee: One Million Followers with Brendan Kane 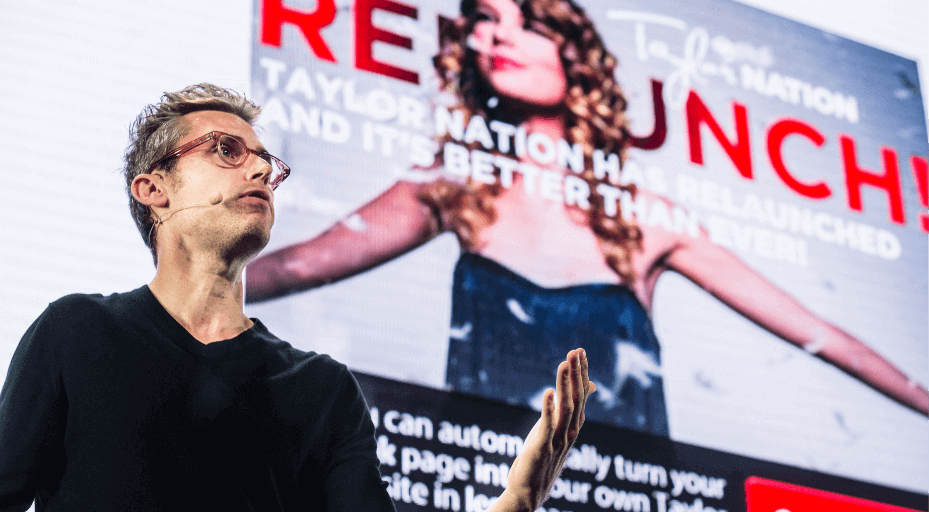 As optimistic as it may seem to imagine your brand as an overnight success taking the global market by storm, rapid social growth can transpire by combining traditional marketing methods with a healthy dose of experimentation.

On this Marketing Over Coffee episode, host John Wall discusses social followings with Brendan Kane, and how his book One Million Followers leads brands toward exponential social growth. With 15 years under his belt, Kane touches on the key strategies he’s leveraged to catalyze celebrity followings, and adapts them for entrepreneurs and brands hungry for the secrets of social.

Consider the rise of then country, now pop star Taylor Swift, for example. Working with Taylor before she was a household name, Kane had an inside look at how her fan base grew. Taylor “understood the power of one to one communication with fans,” early on, and by leveraging social media, built an army of advocates who felt connected to her brand and message. The result? Free positive publicity. Don’t underestimate the power of individual interaction. Kane declares this genuine tactic a powerful maneuver for growing a loyal audience.

Kane’s ability to work with clients of different social standings with different concerns, and at different points in their career, brought him to daytime tv star, Katie Couric. Aiding in her transition from The Today Show to the online portal, Yahoo News, Kane details how he used an approach he calls “The Art of the Interview” to create content and rejuvenate her fan base. With Katie’s content getting lost in algorithmic feeds, and hosting a new show on a new medium, the need to maintain her relevance was paramount. Kane highlights “hook points” as a key tactic to uncover new audiences.

Kane’s Hook Points are short clips extracted from longer media, and selected to appeal to specific audiences. By testing these targeted and topical clips to see what was shared the most, Katie’s newly found audience came out of hiding. All her future content was made to favour viewers that delivered the most engagement. Kane was simultaneously able to spark the interest of different audiences, and connect them all to Katie and her online presences. Katie’s following quickly grew to include fans she never had while on television.

This audience discovery strategy can be put to good use for any type of content being published digitally. This brilliant experimental framework is one of Kane’s greatest gifts.

An experimental mentality is something Kane brings to all social platforms. For example, LinkedIn’s hyper targeted nature benefits any company when reaching out to a potential partner, but how you reach out makes all the difference. Kane advocates switching the conversation from selling to a value based form of messaging, yielding higher engagement and response rates every time. Testing how the benefits of a product or service are worded and received develops messaging that delivers value.

The inspiration behind Kane’s methods stem from a 1970’s discovery on human behaviour called the Process Communication Model (PCM). The theory operates on the basis that individual’s personalities are composed of 6 separate behaviour types. Identifying the base behaviour type of your audience is the best way to help your message connect. The takeaway here is to think of whether or not your content is “packaged in the way they see the world,” rather than how you see it.

As you go forth in the world of marketing, what Kane hopes you remember is threefold: distribute content out to draw attention back in, have an open mindset based in testing and experimentation, and always ask yourself “why am i doing this, and who for?.” Do this, and you’re on your way to one million.

Want to hear more from Marketing Over Coffee?

The full episode is available at: https://www.marketingovercoffee.com/2019/03/15/brendan-kane-on-one-million-followers/